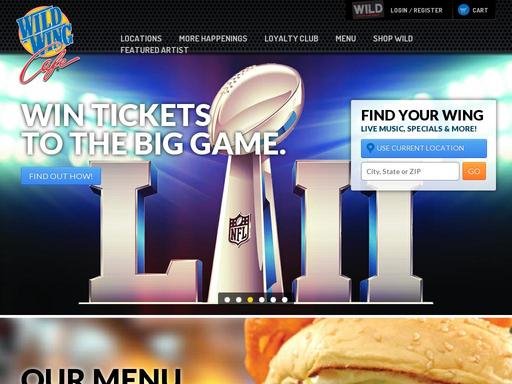 How America’s Greatest Chicken Wings Franchise Came to Be

Technically, Wild Wing Cafe was born at the beach. On South Carolina’s Hilton Head Island, to be exact, where vacationing families and laid-back locals flocked to the town’s first-ever restaurant to serve gourmet chicken wings and buckets of ice cold beer.

That was back in 1990. The real story, however, started years before in Atlanta, where a couple of advertising executives treated some 300 guests to decadent homemade party food every Super Bowl Sunday. The first dishes to disappear, year after year, were the platters of flavored wings served alongside homemade blue cheese dressing. No big surprise, really, for old family recipes that were unlike anything food-loving crowds had tasted at the time.

Creating and dining on deliciously fun food always came naturally to Cecil and Dianne Crowley. So when they moved to the beach (to get away from big city traffic, but that’s another story), they were surprised to discover there wasn’t a single restaurant serving great wings.

So they created it.

The first Wild Wing Cafe opened in the late 1990s with eight sauces and rubs. Back then, flavored chicken wings weren’t the only thing considered a rarity at the restaurant. Our founders were among a minority when it came to preparing popular bar foods like nachos and onion rings using fresh rather than packaged ingredients. It was a lot of work, to say the least.

It was also a big hit.

As the restaurant has grown into a multi-unit company, and the company into a much-loved wings franchise, we’ve stayed true to our roots. While other restaurants are content to use pre-processed frozen foods reheated in microwaves, every Wild Wing Cafe serves great homemade food. Dressings, marinades, soups and dips are made fresh every day.

We also continue to operate by the belief that we have our people—franchisees and their loyal customers—to thank for the tremendous success of Wild Wing Cafe. Without them, the vision of two advertisers-turned-restauranteurs may never have become the growing franchise it is today…one that thrives on a mouthwatering menu of signature homemade dishes, seasonal ingredients, an extensive beer list and, of course, plenty of fantastically flavored wings.