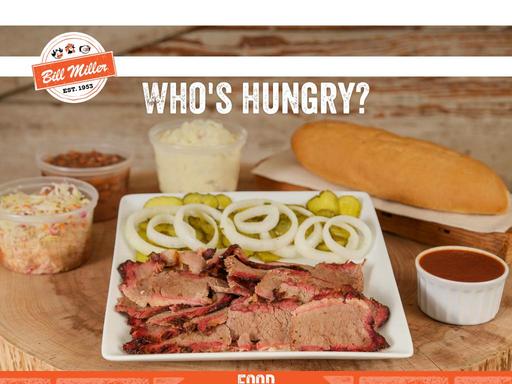 Be the first one to rate! Post Review
See Covid-19 hours and updates in San Antonio, TX.

From the beginning, Bill Miller Bar-B-Q was a family business. Faye Miller served as a cashier and hostess while raising their four children. The children learned how to work and were raised learning the operations of the business. They worked in the restaurant during the summers and on weekends. When Bill Miller planned a vacation to Europe between Balous Miller’s junior and senior years of college, Balous ran the restaurant business that summer and then decided to make Bill Miller Bar-B-Q his career rather than pursuing his plans for teaching school. Bill Miller semi-retired upon Balous’ graduation in May of 1966. As his brothers, John and Douglas received their degrees, they joined him in the restaurant business. The three brothers and their brother-in-law, Louis Vance, have worked together now in excess of thirty years.

Bill Miller always believed he could provide better food and service than most people in the food service business. Time has proven him to be correct. There were few, if any, food-to-go outlets in those early years, and Bill Miller Bar-B-Q was one of the first to offer quality food-to-go and five minute service, which was unheard of at the time.

Bill Miller Bar-B-Q’s concept of serving barbecued meats and fresh pies and breads on a daily basis from a central commissary is unique to its industry.

Bill Miller Bar-B-Q offers a quality catering service, serving groups as small as 100 to as large as 10,000. Our barbecued brisket is a truly unique product. All of our barbecue is cooked with 100% hill country live oak wood in a brick pit. Natural gas or electric heat is never used to cook our barbecue, only wood, heat and smoke.

Bill Miller designed the original barbecue pits he used in the 1950 ‘s and the large industrial sized ones used today — that will cook up to 2,500 pounds of brisket at one time in 18 to 20 hours.

Bill Miller advocated a central kitchen (commissary) concept. This provided economical purchasing and preparation. The central office of Bill Miller Bar-B-Q operates a commissary, sausage kitchen, bakery, laundry service and warehouse. The plant is built according to Federal meat-packing guidelines and is inspected by the City of San Antonio and The State of Texas. The ultra modern commissary kitchen specializes in the barbecue of USDA grade beef, cooked over Hill Country Live Oak fires. The bakery specializes in baking bread and pies daily. 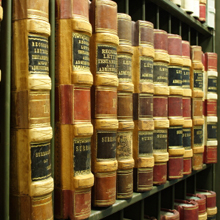