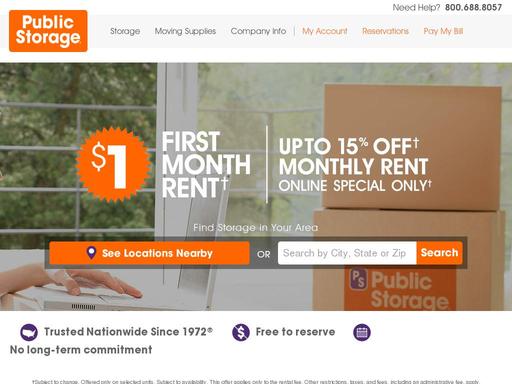 Public Storage built its first self-storage facility in 1972. Today it operates thousands of unique and diverse company-owned locations in the United States and Europe, totaling more than 142 million net rentable square feet of real estate. Its PS Business Parks interest adds another 28 million(approx.) rentable square feet of commercial and industrial space. Based on number of tenants, Public Storage is among the largest landlords in the world.

Given its long and successful history, its presence in major markets, its cu

There are over 2,000 Public Storage locations in the US.