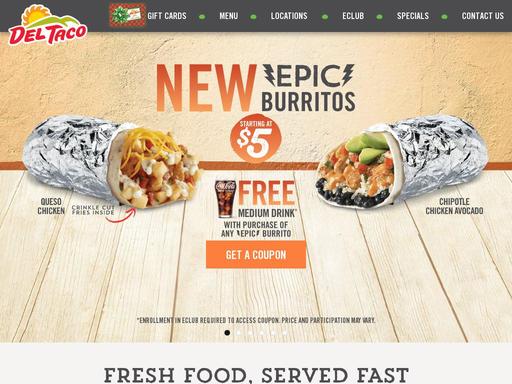 Ed Hackbarth and David Jameson opened the first Del Taco in Yermo, CA in 1964. With a menu of 19¢ tacos, tostadas, fries and 24¢ cheeseburgers, Del Taco brought in $169 in sales on its first day in business - the equivalent of 900 tacos. Things were off to a bold start.

There are over 550 Del Taco locations in the US.