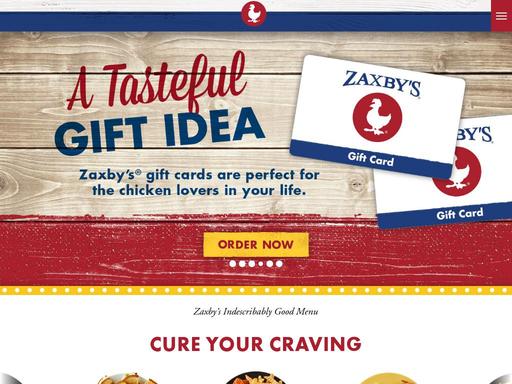 Be the first one to rate! Post Review
See Covid-19 hours and updates in Ringgold, GA.

Step right into a time machine and set the dials to 1990. You’ll find yourself in a world where cell phones are as big as a shoe (if you even have one), students learn to type on actual typewriters, and you’ll pay less than $1.50 for a gallon of gas. But something is missing. There is no Zaxby’s.

That’s because childhood pals Zach McLeroy and Tony Townley hadn’t invented it yet. They were still hanging out, playing basketball at Zach’s, talkin’ trash and imagining it into being. They didn’t know much about the restaurant business. But they knew this much: the chicken they could find in Statesboro, Georgia, was okay, but not really fresh or savory. And the local wing joints were good, but couldn’t touch the wing joints where they went to school. Plus, none of the local chicken places were fun or had any personality. So they dreamed up Zaxby’s. Right there. On the basketball court. Between Zach’s missed foul shots and Tony’s bricks from 3-point land. The rest, as they say, is chicken history.