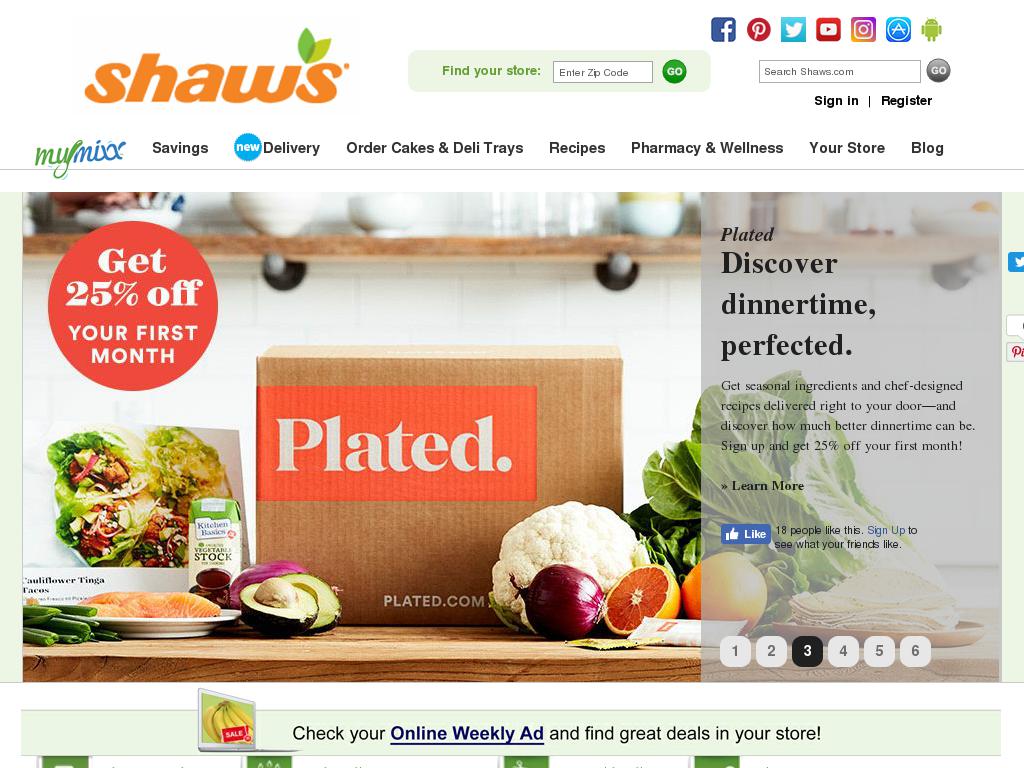 Shaw's Covid-19 Hours Updated 4/1: Some of the stores have adjusted their hours. Many stores have now set up 'Seniors Only' shopping times on Tuesdays and Thursdays from 7 AM to 9 AM. Grocery Delivery, Pharmacy Delivery, and Drive Up & Go services are still available to you. Click on 'Hours from Website' link on the listing page for update hours for the location.

Shaw’s is one of the oldest continuously operated supermarkets in the United States with New England roots that were firmly planted in 1860, when George C. Shaw opened his first store in Portland, Maine. A few years later, another native New Englander, Maynard A. Davis, opened his first ‘Public Markets’ in Brockton and New Bedford Massachusetts.

Together, these two men sowed the seeds that would one day become Shaw’s Supermarkets, Inc. And over the past 150 years, their growth can be directly attributed to the ingenuity of these two men and their belief in offering quality products and quality service.

Today, Shaw’s® and Star Market® continues to thrive and is working to become the favorite food and drug retailer in every state it operates. Shaw’s is one of the oldest continuously operated supermarkets in the United States with its roots dating to 1860. Throughout five New England states, there are 154 store locations (including Star Market) employing approximately 19,000 employees.

Shaw’s Today – In 2013, our parent company, AB Acquisition LLC, acquired Shaw’s from SUPERVALU, a transaction that brought all Albertsons stores under singular ownership again and added Jewel-Osco, ACME Markets, and Star Markets to the growing food and drug retailer. Today, Shaw’s operates 154 stores throughout New England, which is part of a 2,200+ store operation that employs approximately 265,000 people nationwide.

All of our stores, no matter what banner they operate under, were founded around the philosophy of offering customers the products they wanted to buy at a fair price, with lots of tender, loving care. We still open our doors every day today with that in mind, and because of it, we run really great stores.