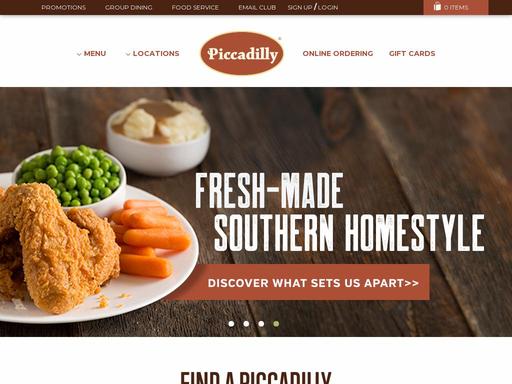 T.H. Hamilton opened the first Piccadilly Cafeteria in Baton Rouge, Louisiana, in 1944. In the decades since, Piccadilly has grown into a chain of 115 cafeteria restaurants operating in 15 states, including a major expansion in 1996 when the company took over one of its major competitors, Morrison’s Cafeterias. Generations of families have established traditions around dining at Piccadilly. The wide-ranging menu of straightforward, homestyle meals, entrées, sides and desserts offers something for everyone – at prices that are hard to beat…more