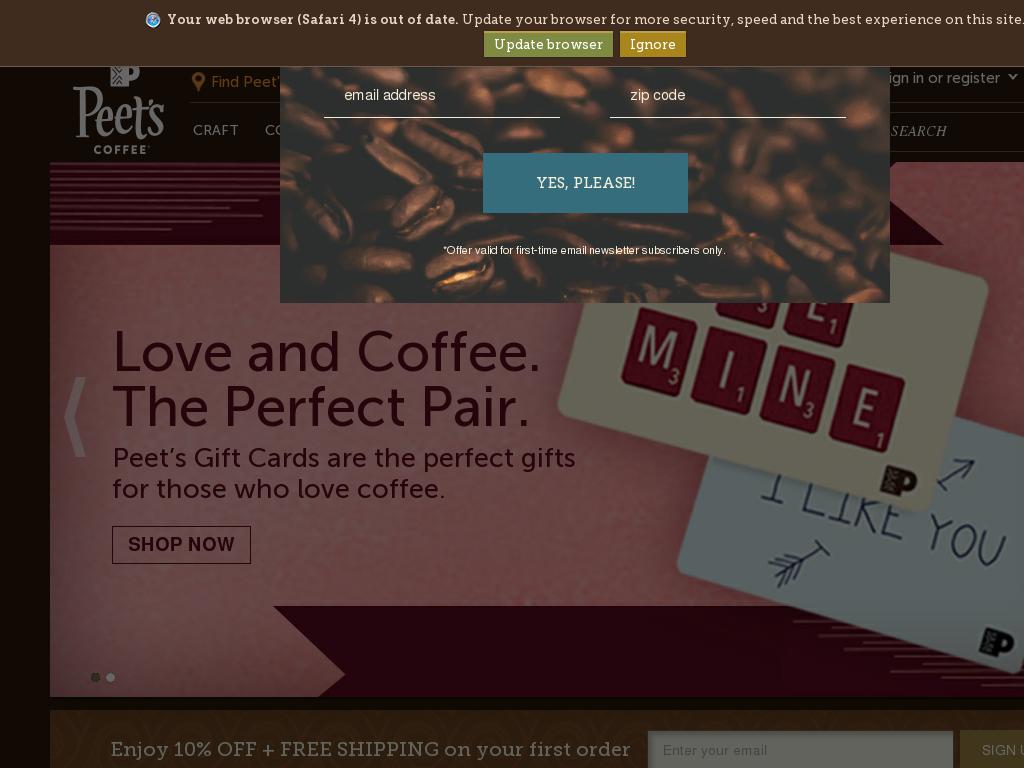 Be the first one to rate! Post Review
See Covid-19 hours and updates in Berkeley, CA.

Born in Holland, Alfred Peet grew up in the coffee trade and moved to America after World War II. Shocked by what the U.S. called coffee, Mr. Peet opened the first Peet’s Coffee & Tea store on April 1, 1966. His style of coffee was unlike anything Americans had ever tasted before – small batches, fresh beans, superior quality, and a dark roast produced a coffee that was rich and complex.

By 1969, Peet’s Coffee & Tea had become a gathering place for coffee devotees, called Peetniks, and a magnet for other artisan food crafters. The world’s first “foodies” congregated in the storefronts around Peet’s Coffee and the area soon had a name – The Gourmet Ghetto. The artisan coffee movement was beginning to gain ground. Alfred Peet’s influence continued to grow as he inspired a new generation of coffee entrepreneurs, including the founders of Starbucks.

For the Love of Peet’s

Over the past four decades, Peet’s growth has been fueled by the ever-increasing numbers of true coffee lovers in the San Francisco Bay Area and across the nation. Despite this growth, we remain true to the same principle that inspired our founder – an unrelenting commitment to quality.

Since 1966, our goal has remained the same: we continually strive to raise the bar for the American coffee industry, while always delivering a great tasting cup for those who truly love coffee – for those whom a cup of coffee could only mean a cup of Peet’s.

– Does not accept Peet’s cards.– May not carry beans for sale.