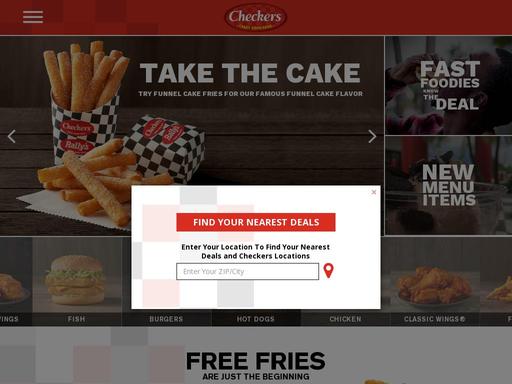 Be the first one to rate! Post Review
See Covid-19 hours and updates in Grand Rapids, MI.

Checkers & Rally’s restaurants were born out of the idea that a bland and flavorless burger was downright bad and that Americans everywhere deserved a better tasting burger — one that was unexpectedly bold, made-to-order and priced at a value that was hard to beat. Founded by experienced foodies with a renegade spirit, both the Checkers & Rally’s unique double drive-thru concept, with its over-the-top checkerboard squares, chrome styling, red neon signs and of course the food, was an instant hit. These two new burger experiences were hot, fresh and served with a smile. People were hooked, and the world of cookie cutter corporate burger establishments was about to change.